Scottish roads are interesting, especially the roundabout phenomenon. Of course in New England we have traffic circles, but they tend to be at what would be large intersections. There are those here, too, but there are others. At what would normally be a small intersection in perhaps a one-light town at home, there...in the middle of the intersection...is this round bump. It is the center of a roundabout. The circle is so small that I wonder if the car would tip over if you drove round. Many scots just drive over the bump. It is disconcerting, however, since, unlike at a regular intersection, there may be someone doing what is essentially a U-turn in the road, and they have the right of way because it's a roundabout. I'm going to try to get a picture of one when I find one near a convenient stopping place. Very odd.

I also learned that one of the reasons they do this is to slow down traffic. Even crazier, they are about to re-do the roads to purposely make them more dangerous...removing lane markings, reflectors and the like. Their thinking is that if the roads are more dangerous people will drive more slowly, which is their goal. Maybe Scots will respond. Americans would simply die more frequently.

But on to today. I set out this morning for Loch Katrine, where Sir Walter Scott was inspired to write The Lady in the Lake. It lies a bit further northwest than Callander, where I went to the Highland games. I was a beautiful drive, and I arrived in time to set sail...well to set steam...on the SS Sir Walter Scott Steamship. 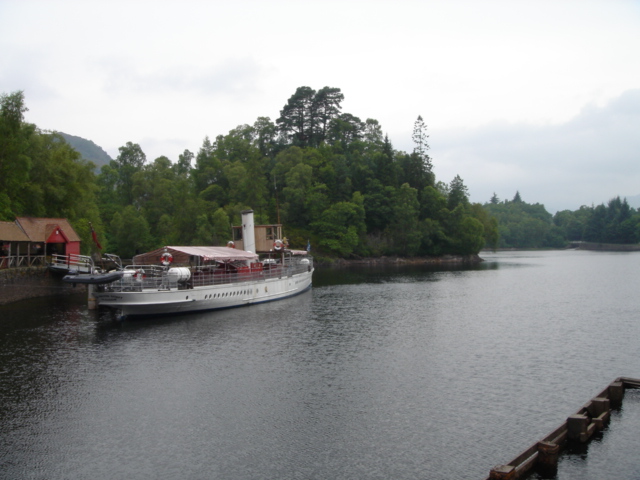 A hundred years old, the ship is the last screw-driven steamship on the inland waters of Scotland. They piled on the people. By the time I got on, all the seats had been taken, but still they piled the people on. One of the crew helpfully mentioned that there were seats below. Well, that's great if you're taking a cruise to see the scenery. Since I don't know of a Loch Katrine monster to look for underwater, I opted to stay on deck and stand for the two-hour cruise.

It was a cold, foggy day, but the rain held off until after we were back. Here are a couple of shots from the ride. 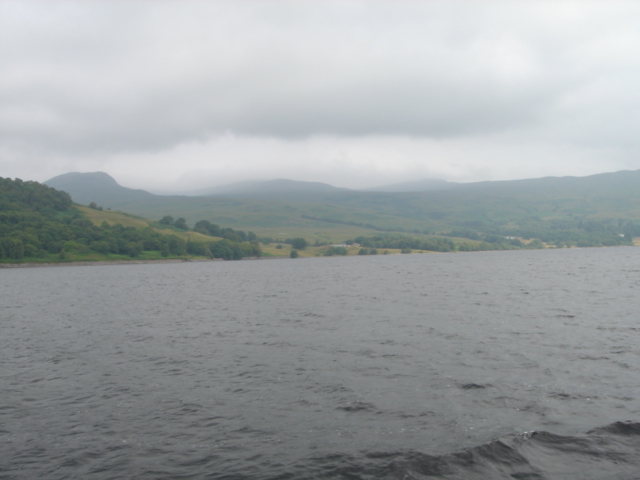 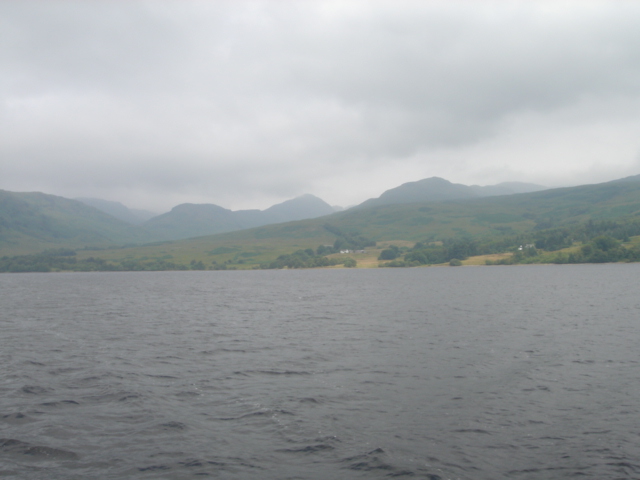 The landscape was lovely, but empty. It had a very sad feeling to it. The guide said that the lands along the loch used to be dotted with highland villages...until the Clearances...that blot on Scottish history where the highlands were forcibly cleared of its inhabitants for sheep farming. Now there are no little villages...and no sheep either. Why must we repeat the abominations of history so many times?

The waters of Loch Katrine are quite pure...it is the drinking source for Glasgow. I saw no other boats. I'm sure in America some idiot would be out there with a jet ski. Did you know people from Glasgow are called Glaswegians?

That was basically the day. I had to get back home to do this before going out to a Taize service tonight. Some pictures from last night. Here are some shots from Stirling University. 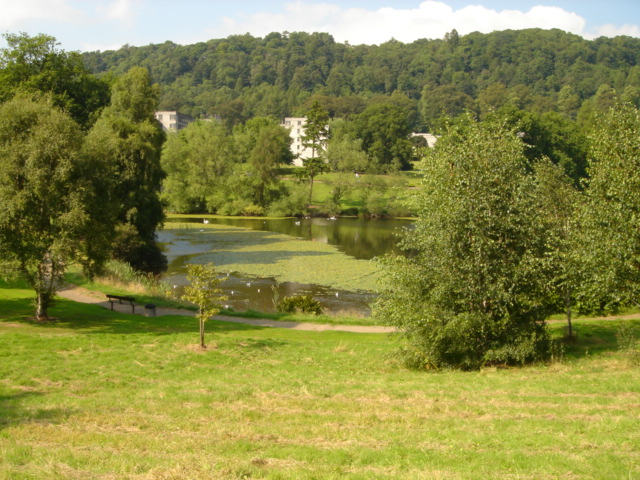 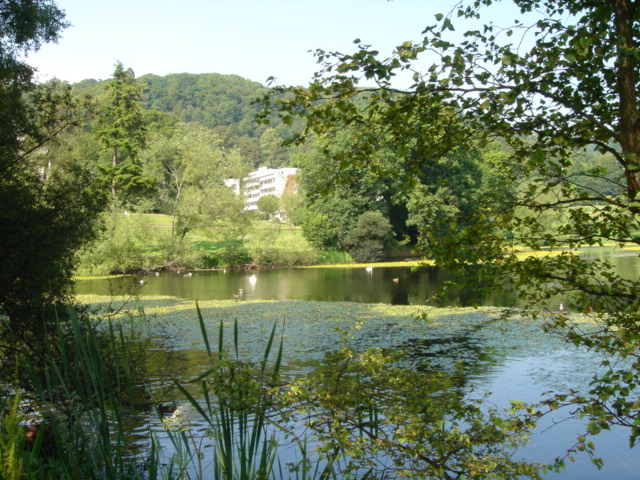 There are plenty of water birds...saw a heron yesterday as well as tons of gulls, ducks, and four or five pair of these... 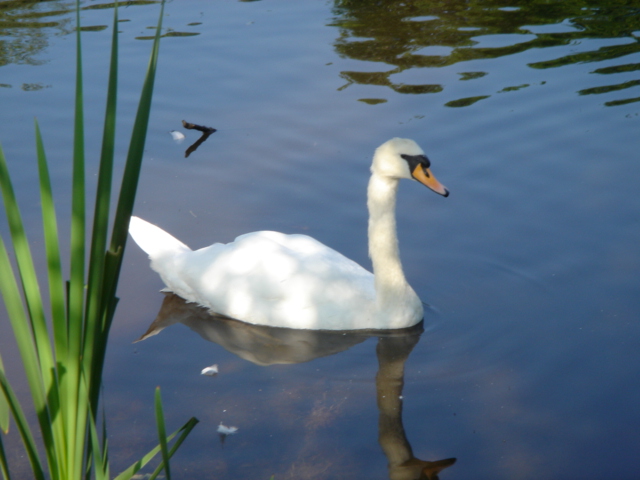 I was on a quest for the perfect swan feather...there were so many. Here's my best shot for now. 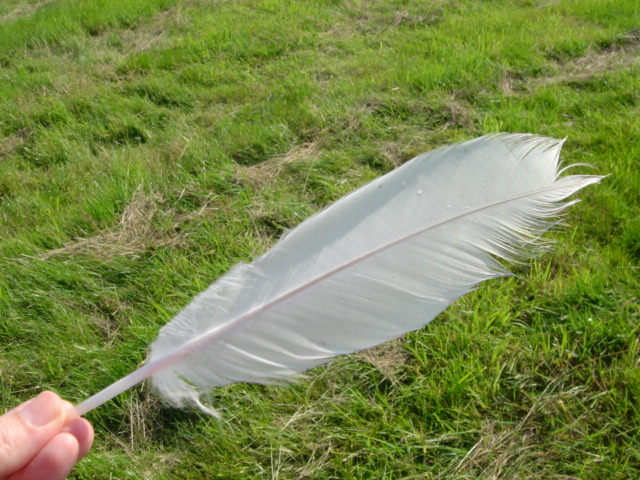 And I found this amazing tree. I'm not sure if you can grasp the size of the trunk from this picture. It would take seven or eight of me joining hands to surround it. 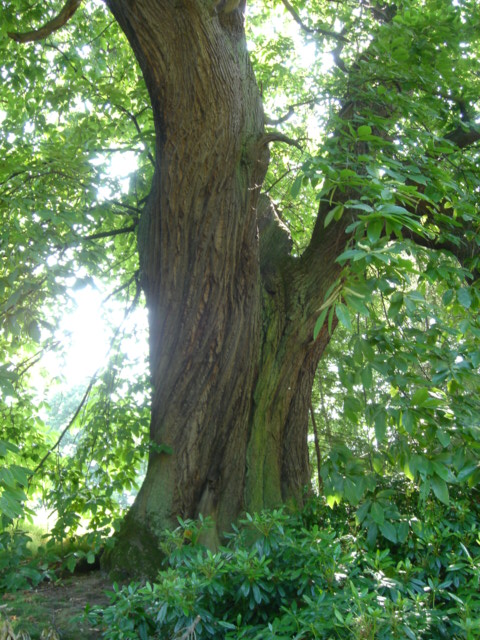 On the way home from the University I took a side jaunt to Cambuskenneth Abbey. It was founded by King David I in 1140. This is the only surviving example of a freestanding medieval belfry in Scotland. 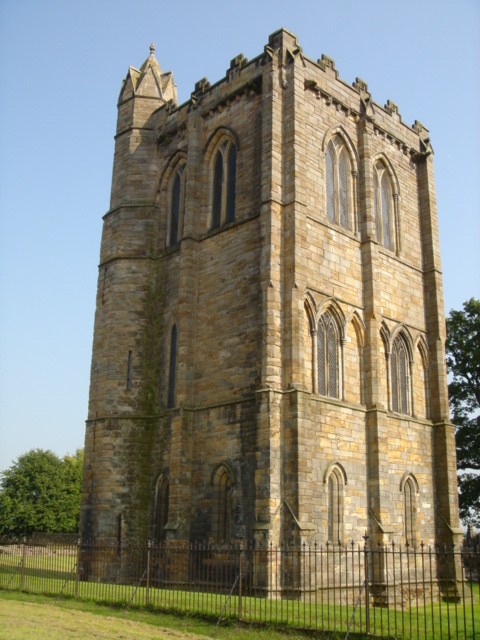 Not a soul was there...it's way out at the end of a town adjoining some fields. I went into the tower and sang a couple of hymns. The acoustics were wonderful. As I sang a swallow came in and flew round and round my head. This is what the abbey used to look like back when Robert the Bruce held a parlaiment here. 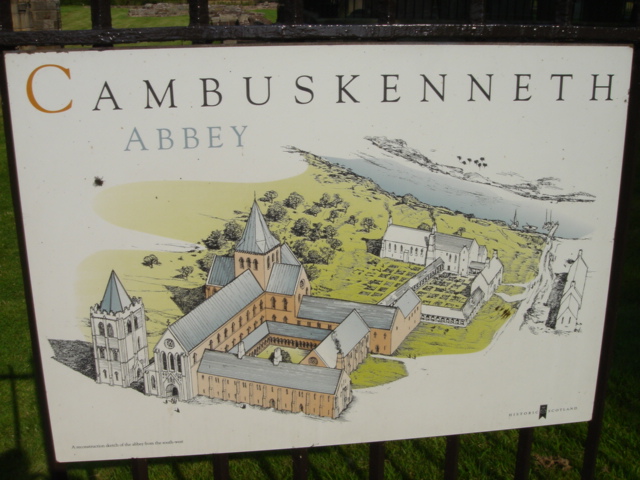 You can see the tower at the bottom left. This is what it looks like now. 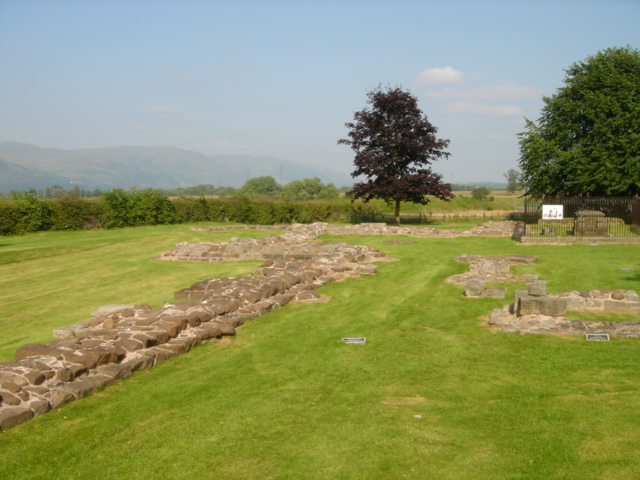 The tomb at the far end...where the high altar would have been...is the tomb of King James III and his Queen Margaret of Denmark. 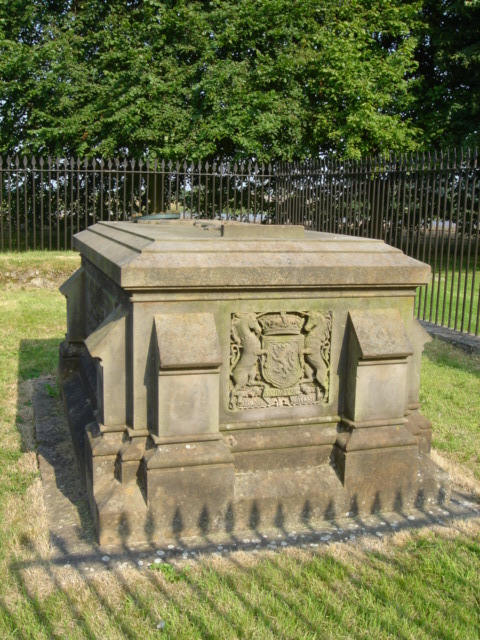 You can read about them here. 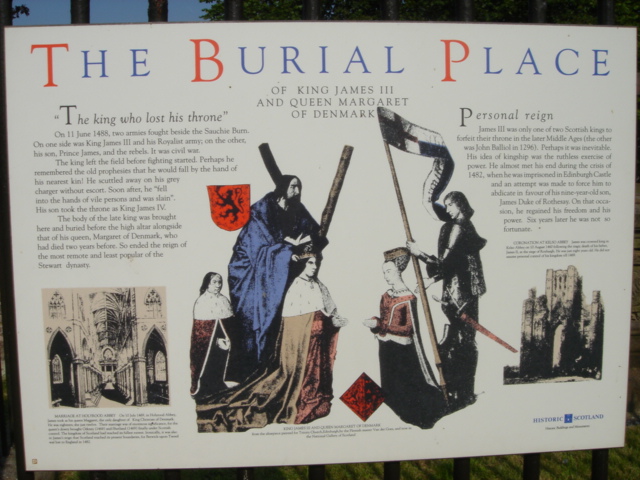 At least you can if you have good eyes. Here's one last bit of info on the abbey. 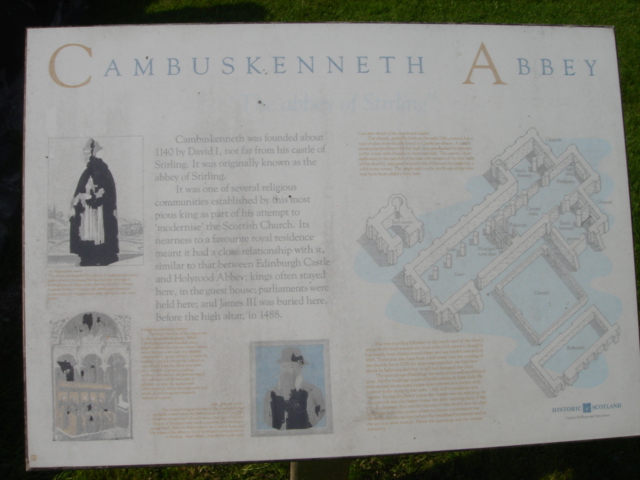 So that about sums up the last twenty-four hours. Tomorrow I go monster-hunting at Loch Ness. Nobody knows if the monster exists or not, but it is illegal to kill it. Maybe it is a giant underwater woodchuck!