Thursday dawned gray and got worse. They say it was the remnants of hurricane Danielle, but whatever it was I was glad I had gone up Dun-i the day before. The wind was fierce, the rain pelting, and there is not a picture to show for the day. We had our last storytelling session in the morning. After lunch I ventured out to do a last bit of shopping and tried to figure out how to pack all the extra things in my backpack for the next day's departure.

In the late afternoon, after reading a bit in the dorm room, I decided to brave the elements and head to the Abbey chapter house for the last wee sing. By the time we got across the road, we were drenched and had rather less sympathy from the Abbey folks (who only had to walk downstairs) than I thought was appropriate to our begdraggled condition. But the sing was a lot of fun and we became the choir for the farewell service that evening. Amazing that in the space of 45 minutes we learned four songs well enough to perform them for the evening service. We only had the music for one piece, and many of the people didn't read music and so didn't bother with it.

The closing communion service was lovely...made even more so when the power went out, leaving us once again in a medieval abbey by candlelight. The rain was a little less severe by the time we had to go back to the Mac, but that night the sheep did not go up to their usual spot on the slopes of Dun-i.

And so it was finished. I can't say we rested on the seventh, however. We were up for an early breakfast 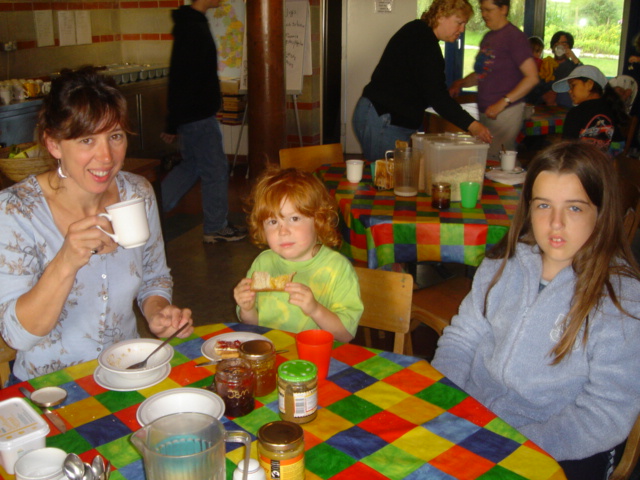 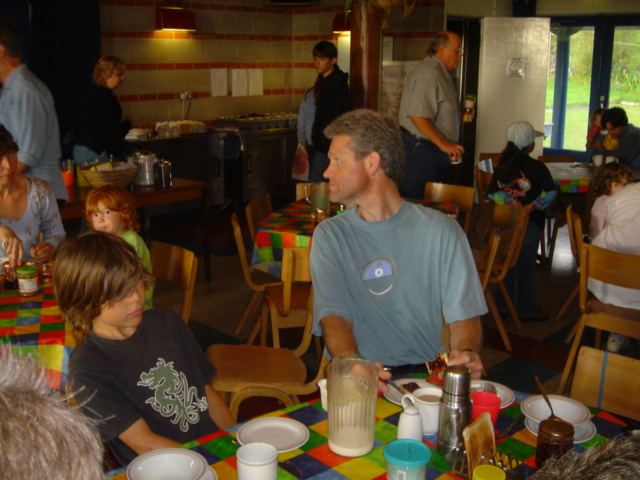 before an early worship so that we could all be aboard the 9:00 am ferry off the island. And then the process was reversed. From the Iona ferry to the bus across Mull to the ferry to Oban to the train to Glasgow. The latter was packed and many had to stand for the three hour ride. Because yours truly waited by the train gate and did not go off to look for lunch in the hour and a half between our ferry arriving in Oban and the train departure, I was able to get one of the very few non-reserved seats on the train. Seems like there's a parable in there, to me.

In any case, I will leave the tale of Iona with a glimpse of the rainbow we saw from the ferry as we left Mull...one of three rainbows I saw on my way back to Stirling. 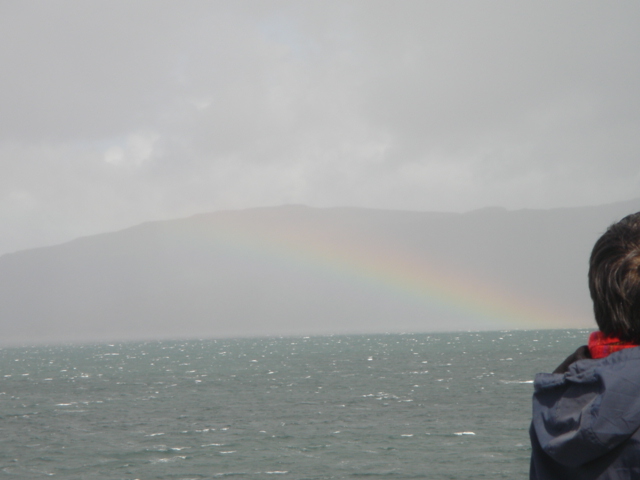